Delphinus, a Chance to Play with Dolphins 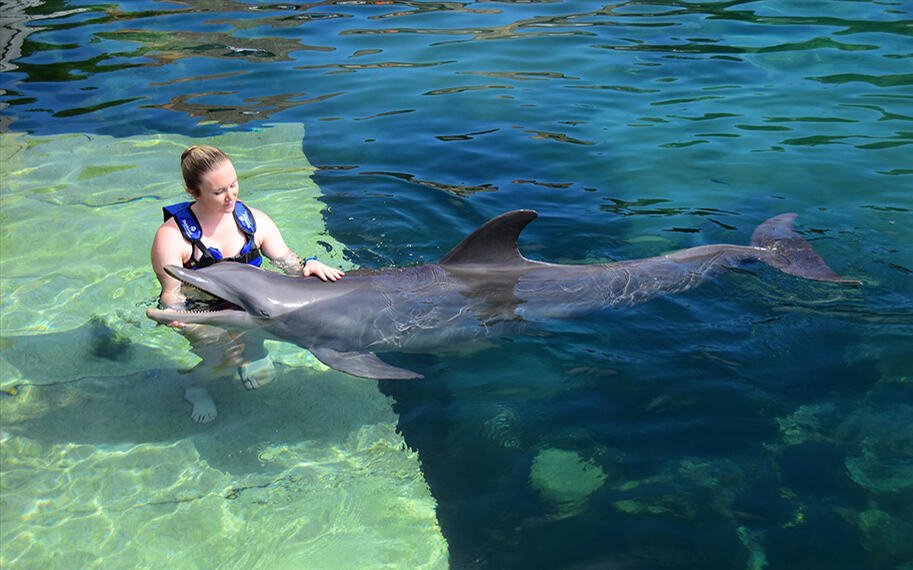 Have you ever wanted to swim with dolphins? It’s something that I’ve always wanted to do. Do you worry that when you do, though, that it will be inhumane/not moral, especially with all the backlash to Sea World after the Blackfish documentary? Though I have mixed feelings on that whole situation, I felt excited to swim with dolphins at Delphinus. I like and respect Delphinus, as their dolphins are no longer taken from the wild. They are bred in captivity, and they all seem happy and willing to play. This is the life that they know. And a large portion of the proceeds at Delphinus go to giving back to marine science and dolphin health/awareness. That’s something that I can get behind. 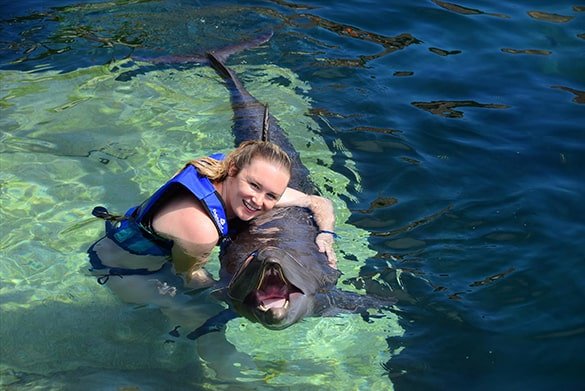 As far as the enclosure, the company has government and specialized international organizations in animal welfare that monitor and approve their daily operations, so the spaces for the dolphins right next to the ocean is the ideal environment for them to be held in. They are passionate in providing animal welfare programs, and I support that.

I originally booked the “Couples Dream Swim” there to attend with my friend Candace, as she wanted to get as up close with the dolphins as she could. Unfortunately, she was unable to make the trip in the end, so I wound up going by myself. I had a good laugh with the trainer, as I felt silly in a couples swim alone. I assured them that I wasn’t just dumped. Haha. 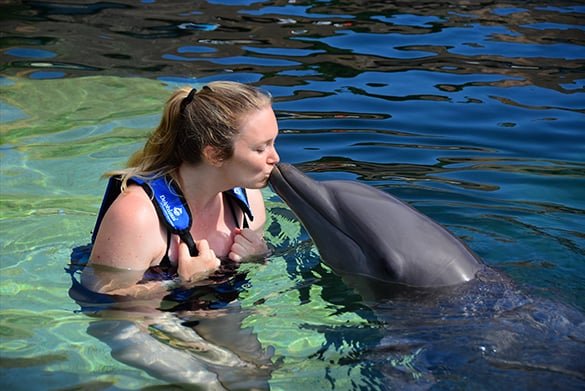 I was a little intimidated as I got in the water, but after a few minutes I was having a lot of fun. Dolphins are highly intelligent and playful creatures, so it was an honor to be swimming and playing with them. They loved belly rubs, and they were excited to hang out and do tricks for treats.

Then, I got up close and personal with a beautiful 40-year-old grandma dolphin. The trainer showed me the different parts of the dolphin’s body structure, and he explained that dolphins shed their skin every two hours. Talk about wild! This dolphin was particularly sweet. She kept swimming over to me as I was talking with the trainer, flipping over for belly rubs. 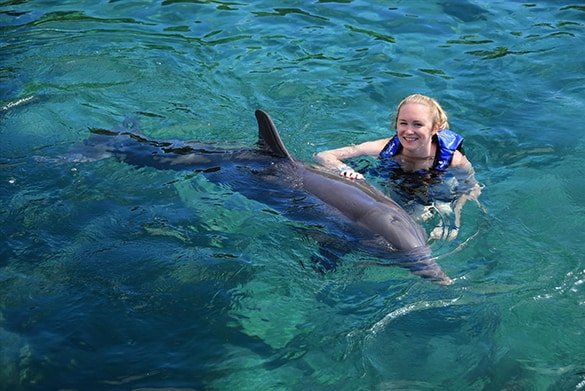 I left with an increased knowledge about dolphin and marine life, and I truly enjoyed my time playing with these majestic creatures. If you want to give to a place that supports these beautiful creatures, Delphinus is the place for you.

Scuba Diving is One of the Greatest Activities to Try on Vacation! 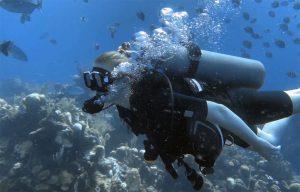