If you’re curious to know more about the amazing tours that Disney World and Disneyland both offer, from the most fun Halloween experiences to the tours of Walt’s apartment on Main Street USA, check out my article on VIVA GLAM Magazine here! Just for you all here, I’d like to go into a little more depth about the “Keys to the Kingdom” tour offered solely at Walt Disney World’s Magic Kingdom Park. If you’re a history buff, a Disney-fact extraordinaire, or just someone who has been hearing about the infamous “underground tunnels” at Disney World, this tour is for you. 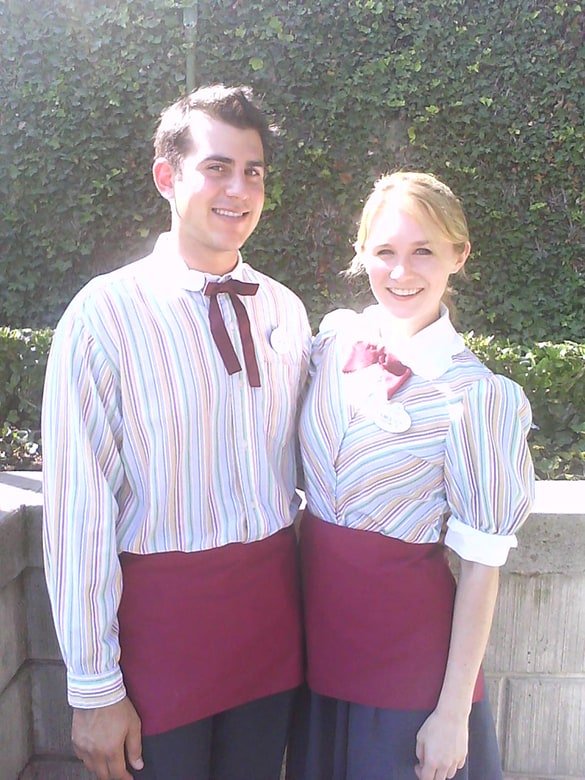 My first real experience with backstage areas at Disneyland came when I was cast in a Disneyland commercial many years ago. (That’s me above in my Main Street USA costume.) We were given a guide to help get us around the backstage areas to and from the live park areas for shooting. I was taken backstage and dressed as a balloon vendor, but I didn’t appreciate what a magical experience it was getting to go backstage and be wardrobed at Disney’s wardrobe building. Our poor guide was so annoyed because I kept asking him stupid questions. I remember belting, “Where are the underground tunnels?” He rolled his eyes at me and said, “They don’t exist here. They’re only at Disney World.” As I became a more seasoned visitor to Disneyland, I began to love an appreciate the history, though the Magic Kingdom, the park I grew up visiting, held more wonder and spectacle in my eyes. But I couldn’t overlook the love and history at Disneyland Park. So, for one of my birthdays, we did the “Walk in Walt’s Disneyland Footsteps” Tour where we got to tour Walt’s Main Street Apartment over the firehouse. What a treat! So, naturally, when I found out that the “Keys to the Kingdom” tour took guests into the infamous utilidor tunnels at Disney World, I just had to sign up for it. The entire tour was very interesting to me, covering the hidden details and historical facts of the Magic Kingdom park. Having been to Disneyland every month for years and not having been to the Magic Kingdom in ten years, it was very fascinating to see and compare the differences between parks. 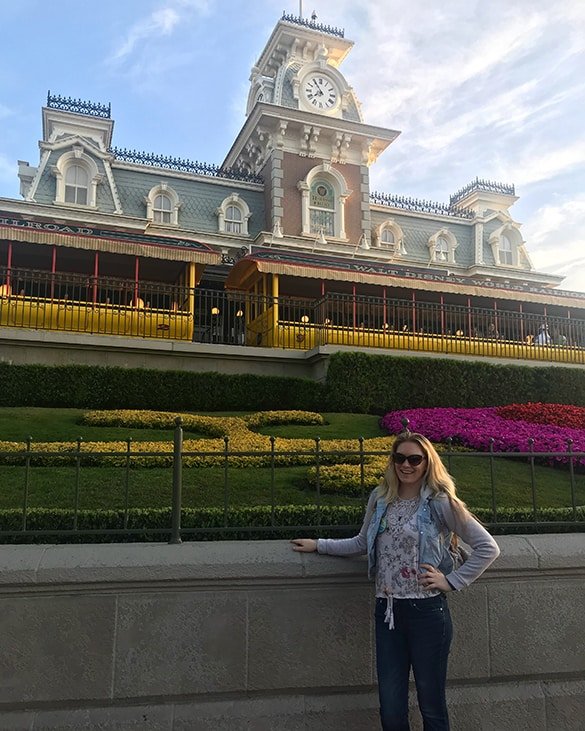 As the “Keys to the Kingdom” tour began, our guide praised Roy Disney’s dedication to seeing his brother’s dream through to the end. She talked about how without him, the park wouldn’t have been possible. I loved that, as Roy gets overlooked a lot at Disneyland. She explained how all of the little flagpoles on the roofs of the buildings on Main Street were lightening rods. You see, Florida is a lightening capital, so the Disney World parks have a ton of hidden lightening rods all over the parks, including the giant roof of the Tiki Room, which is actually made out of metal impersonating a straw appearance.
We were told all about the design of Disney being for the 1% that will notice the smallest details. For instance, off Main Street, tucked in a corner, there is a man holding singing lessons. It’s a staged recording through an open window, and it plays all day long as a hidden piece of ambience. Almost no one notices it, but it is beautiful when someone does. We discussed the forced perspective of the Main Street design, how the windows act as credits for park creators and imagineers, and much more about the history. We were able to snatch a boat on the Jungle Cruise to get the comical tour done a different way. Instead of the punny jokes, our guide told us historical information about the tour. And, if you listen closely to the headhunters, they really do say, “I love disco” in the recording. Though no one can stump me on the trivia of my favorite ride, the Haunted Mansion, it was so nice to experience Disney World’s version of this iconic attraction. The mansion is completely different in appearance at Disney World, which is explained away by the idea that the mansion appears to you the way you’d like it to, as told in its lore. However, we got to enter the ride via the “Servants Quarters,” which is a corridor still staged dressed for the mansion’s look used to take out scared children. I love that it had servant bells hanging on the wall as you walked through. 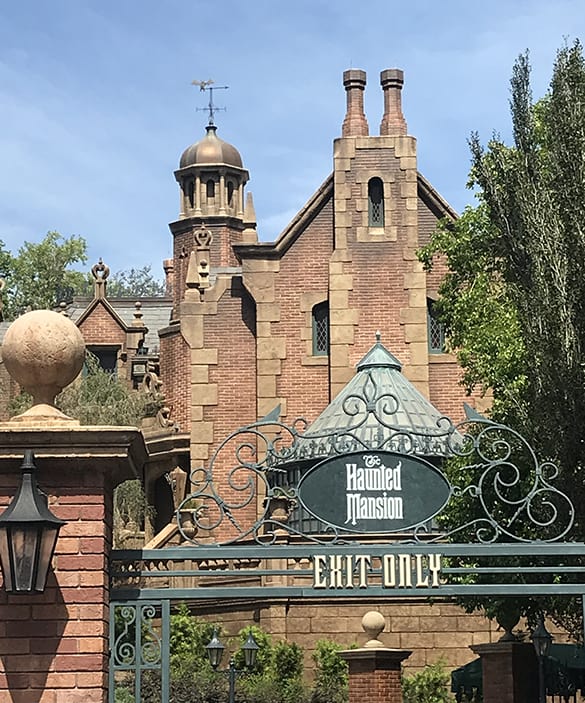 The real reason to take this tour, however, is to experience the backstage areas, as I mentioned above. We were taken behind Splash Mountain and were able to see its water reserve before heading into the building with the parade floats. Getting to see the floats up close was very exciting. After that, we made our way down into the utilidors, aka the underground tunnels. The utilidors serve as a way for employees to get around the park unnoticed. It would hurt the magic of Disney to see an employee in a western-inspired outfit from Frontierland in Tomorrowland, so this ensures that won’t happen. Walking through the corridors covered in Disney posters and notices was fascinating. We were shown where employees get dropped off when they arrive on their buses into the park. They enter the utilidors via a bus stop right by the outside. There are maps on the walls periodically showing you where you are so you won’t get lost. To help with that, as well, the walls are painted a different color for each area of the Magic Kingdom that you are under. For instance, pink walls mean that you are under Fantasyland. It was pretty clear when you were under the castle, and that was an amazing feeling knowing that you were under such an iconic building. The elevator to the top of the castle for the  princesses was right next to us, as we watched some of the actresses make their way up in princess attire. 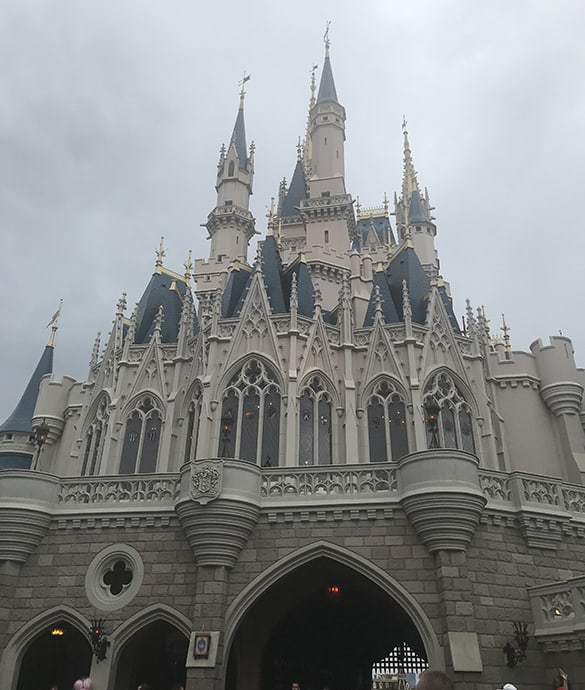 And, Disney’s trash system there works on vacuumed shoots that funnel the rubble to a building behind Splash Mountain. The trash pipes were over some of the tunnels, and you could hear the garbage bumping around over your head, occasionally. It was such a different experience of the Magic Kingdom seeing it through the “Keys to the Kingdom” tour, but it was one I am so glad that I got to experience. I can’t wait to go back and try the scuba adventure at Epcot or one of the Animal Kingdom tours next!

The Activities at Kakslauttanen Arctic Resort 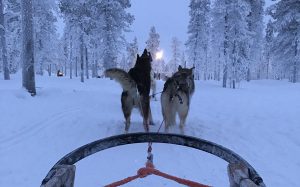