Google Earth allows any person to view numerous parts of the planet virtually- both from above and from down on street level. In fact, many people have seen a lot of amazing images taken by satellites on this virtual globe. However, some people have also stumbled upon several strange visuals while browsing Google Earth. We’ve already mentioned some of the unusual objects seen using this program. But we just can’t seem to get enough, so we made another post to list more of the weirdest things that have been found on Google Earth.

Strange Pattern in the Desert – China

A lot of people were surprised when they saw strange white patterns in the Gobi Desert in China. Because of its mysterious nature, many people have speculations regarding the markings. Some believe that those patterns were made by aliens, while others think that they are secret bases of the military. Additionally, there are also a group of people who think that those white markings are spy satellites or weather-tracking devices. Today, there are no clear explanations for those weird patterns; thus, many people are still wondering about those markings.

Some of the weirdest things that have been found on Google Earth are beautiful blue ponds in the middle of the red desert in Utah. In fact, the pond’s bright blue color will surely catch your attention. However, these ponds are actually potash ponds. To be specific, they are evaporating ponds with potassium chloride. They would add a blue dye to the water to produce a strong bright blue color. Then, the red dessert will optimize the evaporation process. As a result, crystals of potassium and salt are left in the pond.

Another strange yet interesting marking found on Google Earth is the Desert Breath in Egypt. People who don’t know the story of this structure may speculate that the markings are associated with aliens and other paranormal activities. The truth is that the Desert Breath is an art installation created to honor the desert. Still, many curious Google Earth users were confused about this piece of art near the Red Sea when it was first digitally discovered.

One of the weirdest things that has been found on Google Earth is a guitar-shaped forest in Córdoba, Argentina. In fact, many pilots who fly over this fertile land are surprised to see a large guitar landscape in the area. Despite being unusual, this landscape was actually built by a farmer in honor of his lost wife. Today, this guitar-shaped forest is a stunning memorial that attracts many visitors. 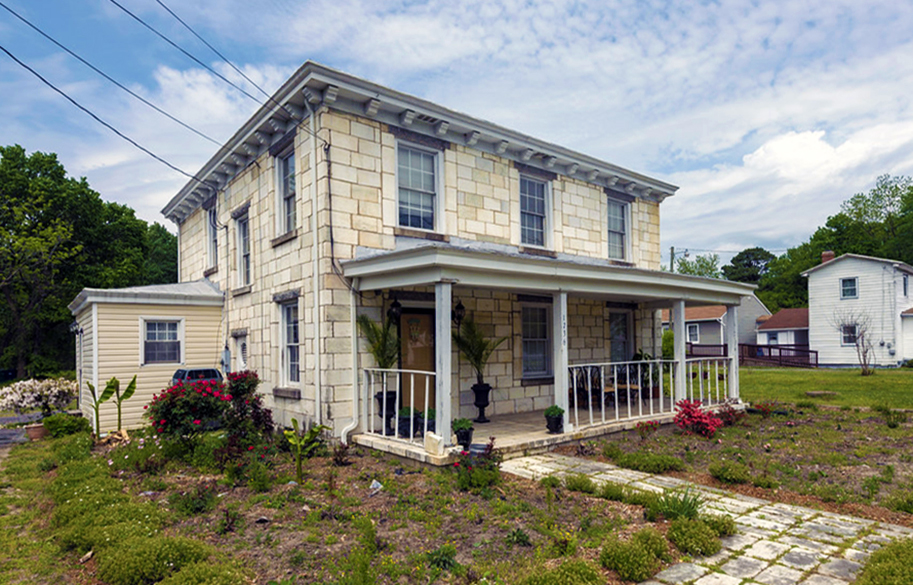 All You Need to Know About the Tombstone House in Petersburg, Virginia

Petersburg, Virginia is rich in history. After all, many soldiers died during the siege of Petersburg during the Civil War. One unusual building that embedded the Civil War history in its walls is the Tombstone House. As its name implies, this building is made of tombstones, and it has been an iconic landmark in Petersburg,…
Read More →
Search