Rock-a-Hoola: the Abandoned Water Park on the 15

Many people have seen this. It’s the abandoned water park that sits in desolate tranquility in the desert on the 15 between Las Vegas and Los Angeles. Having gone back and forth between the two many times, I had seen it hiding there in plain sight. Little did I know, it’s open to visit. There are no fences to keep people out, and there are no “no trespassing” signs to be found. Though the water park sits right next to the highway, it’s a 3 mile drive from the closest exit. Luckily, it’s on google maps, so you can easily navigate right up to it. You can park by the entrance, and it is a short walk into the action.

Please keep in mind, especially in the summer months: Stay hydrated! You are in the desert! Don’t forget that. Keep your stay here brief. 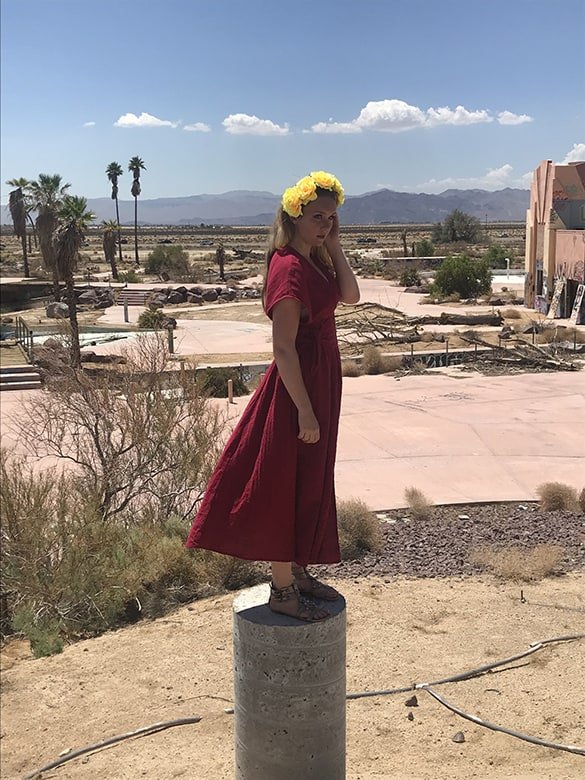 Before I talk about all the cool things you’ll find on the inside, let’s discuss the history of this abandoned water park. The park began as the Lake Dolores Water Park, which saw its peak in visitors in the 1970’s and 80’s. Due to low attendance (who really wants to drive far out into to the desert to go to a water park?) the park closed in the late 80’s. The park was re-opened in 1998 as Rock-a-Hoola. After experiencing an incident that crippled an employee mixed with low attendance, the park filed bankruptcy in 2000. Now, it lays in ruins after being inactive for 18 years. But what a great site it is to see now.

Enter into the Water Park 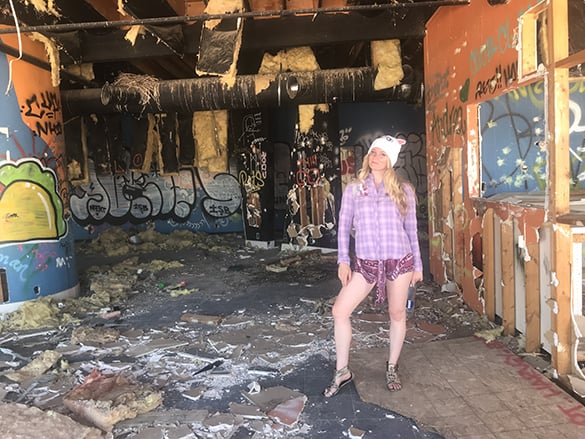 As you enter the Rock-a-Hoola park, you will see countless billboards. That’s how you can tell you’re in the right place! These billboards are constantly changing their appearance, as vandals spray-paint new designs on them all the time. As you pass the billboards and follow the old pavement walkway in, you will find the remains of stores and buildings that lead up to the entrance to the park. All of these stores have been gutted, and they are vibrant with graffiti. The large “Waterpark” sign over the turnstiles still exists, and it’s mostly intact. Immediately behind it is a dried-up fountain surrounded by more stores. I highly recommend you stand in the center where the fountain is and take in all the sights of the 360 degrees around you. 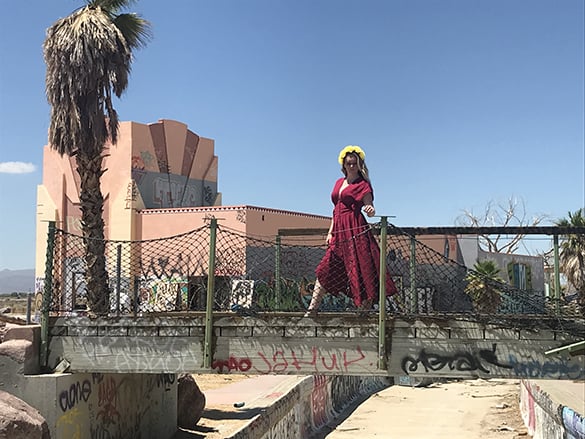 As you walk further behind the entrance-way in the opposite direction of the sign, you will find the remains of large water slides. Though the slide tubes are no longer there, the platforms still exist, clearly marking where the slides once towered on the hills. Further in the back of the park, and perhaps the most exciting ruin, is the lazy river. You can see exactly where the lazy river circled some of the pools and cross the bridge to look over it into the dried up dangers below. The children’s pool still has slides in tact that lead down into the pool, leaving a fun new playground to climb on. 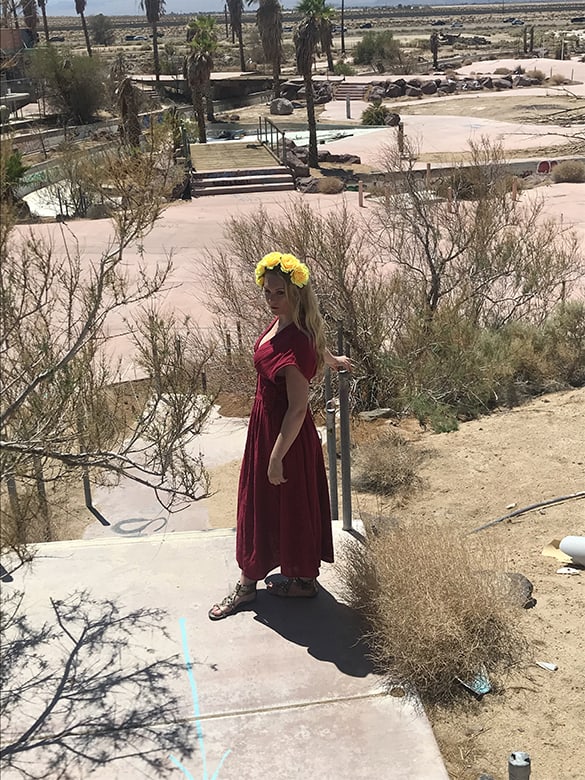 Just past the lazy river and a few additional empty pools, you’ll find the old snack shack. It’s a pretty cool ruin to check out. And, if you are a skateboarder, the back part of this park would be heaven for you.

Rock-a-Hoola is the epitome of places to visit as far as abandoned locations go. It’s an entire doomed water city dried up in the desert, and it’s a must-visit for those who love exploring abandoned places. 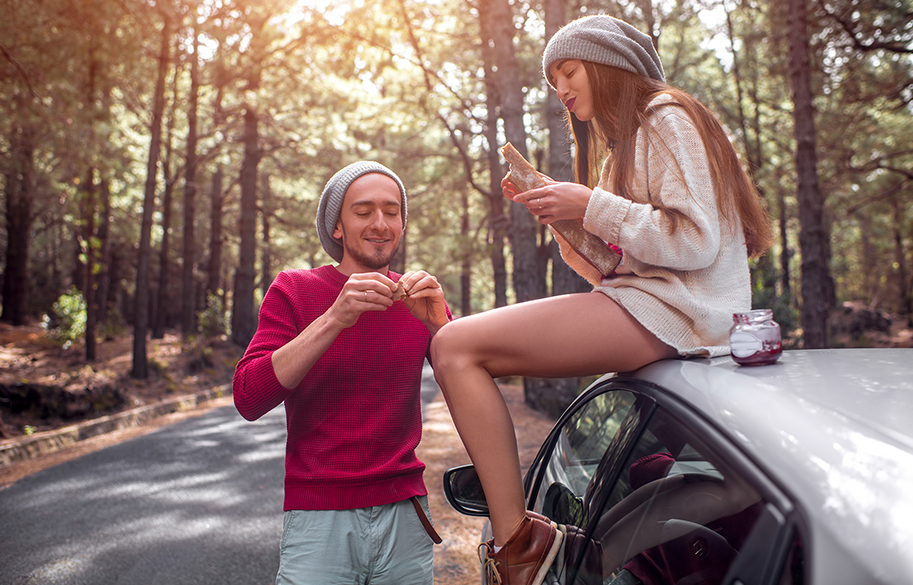 Traveling, whether you are exploring, touring, hiking, or just following an itinerary, will almost always require more energy than you’re used to exerting while you’re at home. There’s a level of walking that goes with any trip that requires you to exert more energy than normal. So, at some point in your journey, you will…
Read More → 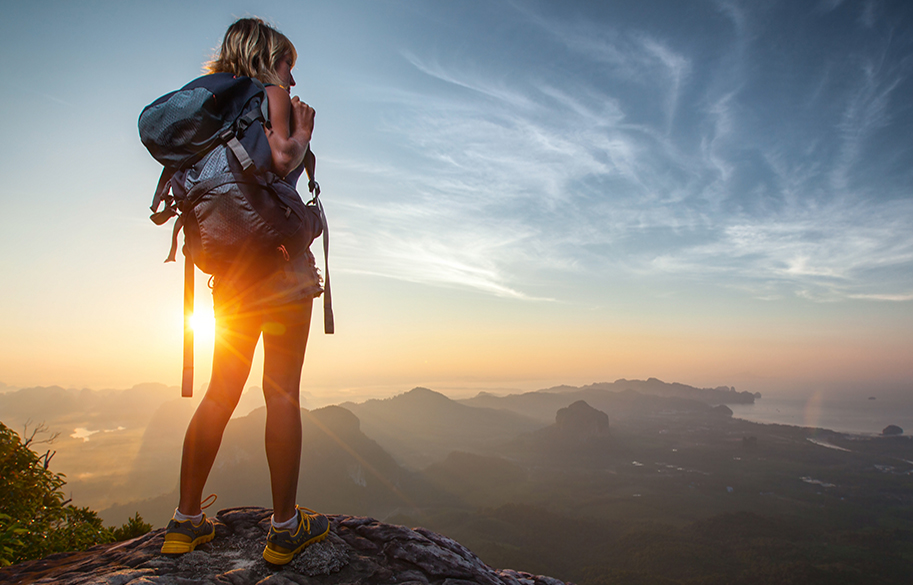 You Only Live Once: That is Why Spontaneous Travel is On the Rise

Most people travel with a planned itinerary, from flights to hotel reservations. If you ask a group of people, the majority of travelers will have their entire trips planned out minute to minute. However, more and more travelers have realized that they only live once and sometimes, an impromptu adventure is well worth the risk.…
Read More → 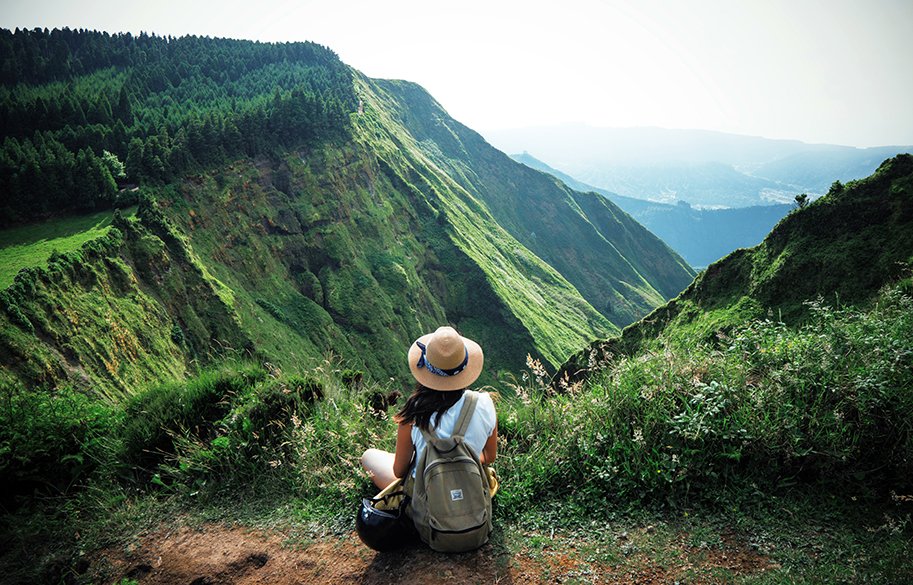 Having Come to Life in Response to the Pandemic, these 2023 Travel Trends are Everywhere

It goes without saying, but the pandemic had a negative impact on the travel industry. But luckily, the pendulum quickly swung back the other way. Today, more and more people are planning trips and vacations after two years of travel restrictions. They are either itching to get out because they were stuck at home so…
Read More →
Search