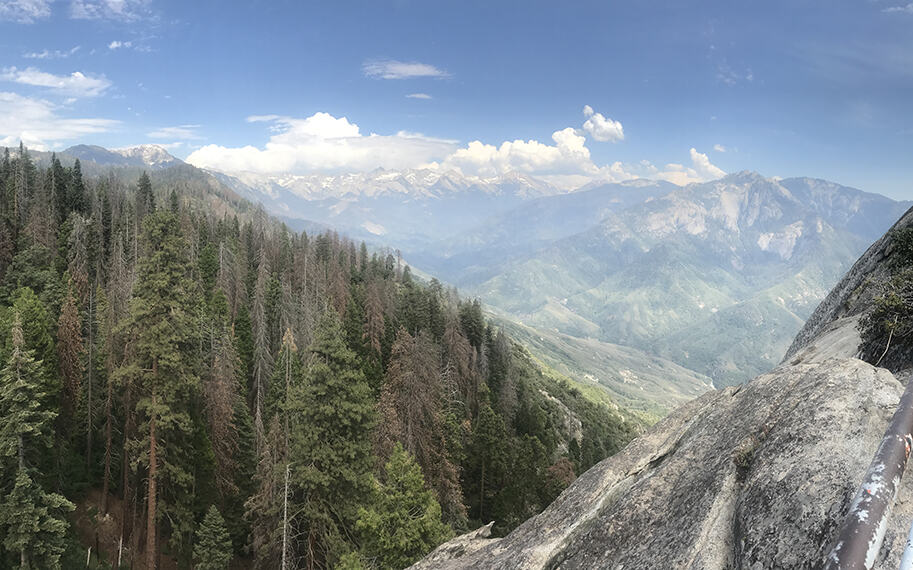 If you live in Southern California, a day trip (or a weekend trip) is a must-do to visit Sequoia National Park. Spread out wide across from King’s Canyon National park and conveniently 3 ½ to 4 hours from Los Angeles is Sequoia, featuring miles of hiking trails, streams, cascades, wild life, caves, and the most impressive trees you will ever see. When you arrive, plan to drive roughly 18 miles from the entrance (where you pay your drive-on fee of $30) to make it to the Giant Forest. (If you plan on visiting more than twice in a year, think about getting the season pass for $50. It pays for itself in two trips!) 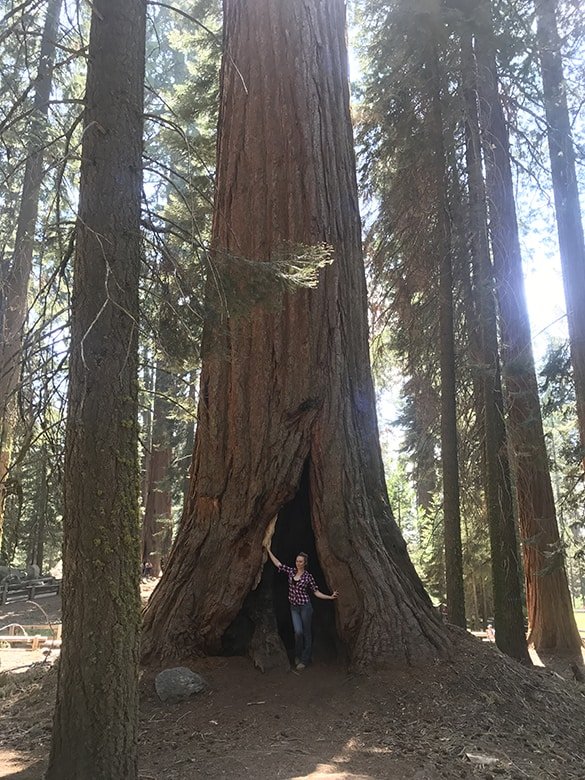 If you’re going to see anything in Sequoia, the Giant Forest / General Sherman Tree hike is the most important. The Giant Forest Hike is only 0.8 miles in and out, but it can be harder going back as it is on an incline. You begin walking into the woods and find yourself surrounded by redwoods with the largest bases you have ever seen. These sequoia trees have stood tall for roughly 3,000 years. Their height is nowhere near as impressive as their width. Their bases are, as I laughingly described them, very “girthy.” At the center of the sequoias is the main attraction of this section of the park: The General Sherman Tree, the largest known living single stem tree on Earth, taking up 52,500 cubit feet in volume. It is estimated to weigh 4.189 million pounds, and it isn’t even hard to speculate why. When you see this tree, you will feel so humbled to exist on this earth. 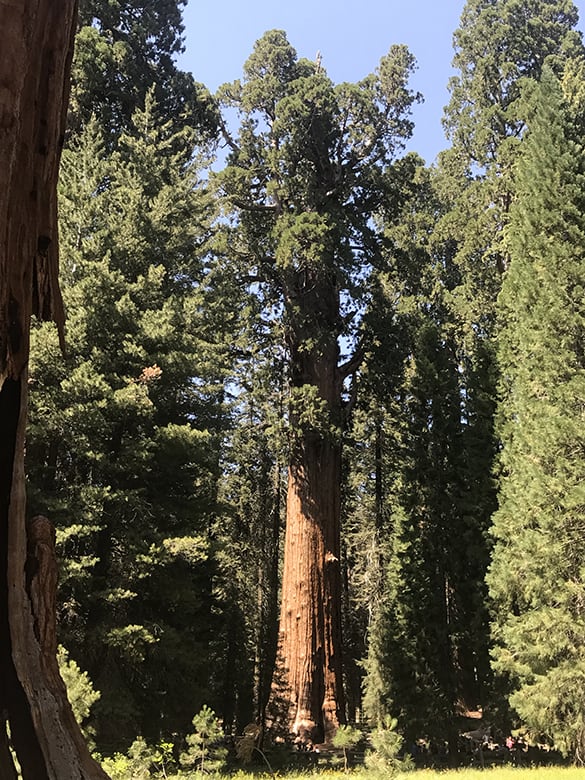 The other trail I highly recommend in Sequoia National Park is Moro Rock Trail. Moro Rock is a dome-shaped granite formation that a trail has been cut into for climbing to the most amazingly scenic summit, overlooking the Great Western Divide and most of the park. While it’s a very high, very steep climb up stairs carved into the structure, it is worth enduring to see the top. At the top of the rock, there are railings around you in a flat, narrow walkway so that you can experience this majestic view, looking down into the greens and waters of the valley from high above the tops of the mountains. This view, and the beautiful rock path, make Moro Rock a must-see at Sequoia. 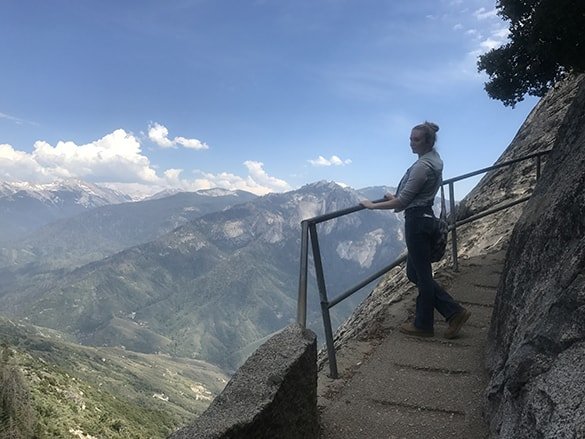 While I couldn’t do it all at once, I made sure to return to Sequoia to finish out the “must-sees” list. 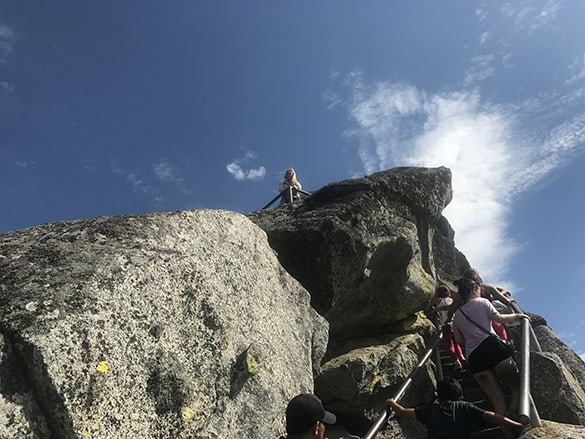 On my list to tell you about at Sequoia  next time:  Crystal Cave and the Tokopah Valley trail to the Topokah Waterfall at Sequoia! Stay tuned! 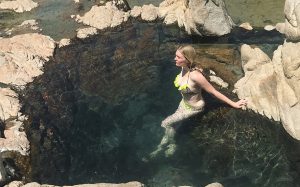