Head to Beech Mountain, North Carolina for an Epic Wizard of Oz Experience

Almost all of us can remember that special moment when we were first introduced to The Wizard of Oz film as children- that moment you first meet Dorothy and Toto, that moment you first see her skip the yellow brick road, and the moment Glinda wakes Dorothy up from her sleep in the poppies. The Wizard of Oz still brings joy to many over 80 years after its creation. Well, did you know there is a park in Beech Mountain, North Carolina that brings the magic of Oz to life?

You can live your own Wizard of Oz dream by following Dorothy’s footsteps at the Land of Oz! We experienced this first-hand and spoke with Creative Director Sean Barrett and Dorothy actress Stephanie Twomey, and we were not disappointed. In fact, we were blown away by the beauty and wonder of Oz! 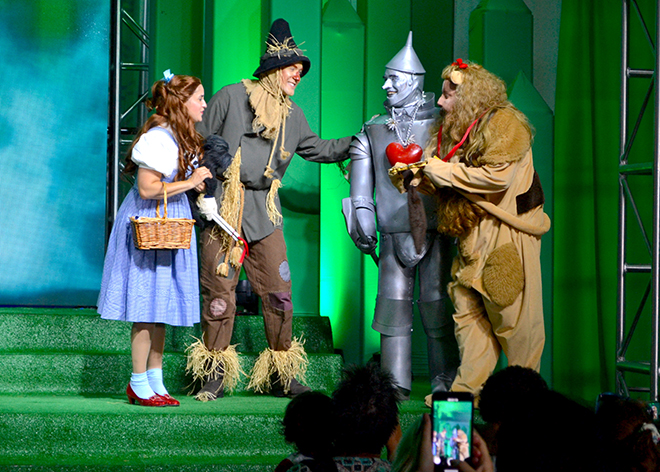 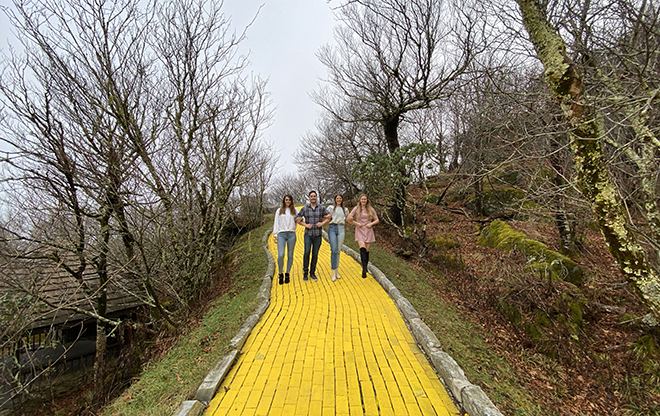 “Land of Oz opened in 1970. Debbie Reynold and Carrie Fisher cut the opening ribbon. It was a top-quality experience. It was on par with Disneyland. They had the best of the best, and they had a really successful time period between 1970-1975,” says Land of Oz Artistic Director and Producer, Sean Barrett. After some obstacles and troubling times, the park closed at the end of the 1980 season. Though it was closed for many years, the magic and wonder of the park still touched the hearts of so many that it managed to survive and re-emerge from its ashes years later like a phoenix. 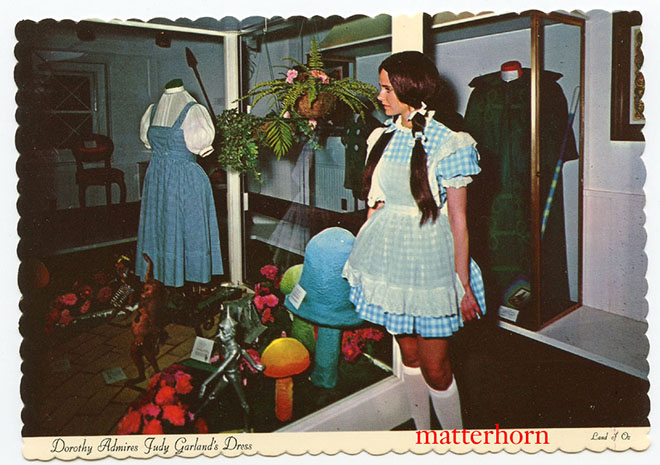 In the early 90s, Land of Oz began hosting the Autumn at Oz event. At the time, it was just a one-day event, but it has since evolved into a 2-week annual affair. It’s one of the largest Wizard of Oz festivals in the world. Since its re-opening in the 90s, the park has also been conducting Journey with Dorothy Tours on Fridays in June. Most recently, they began private tours through the park, as well. Sean explained, “We were able to produce private tours. So, within the state regulations, we were able to have people make a reservation, and they got a historical tour of Oz and a behind-the-scenes look. We ended up selling out and couldn’t believe it.”

Each year the cast and crew of Land of Oz are blown away by the interest and their ability to sell out their events. “It’s very humbling. All of us involved get emotional because we realize how special this place is and what Oz means to everybody.” added Sean. 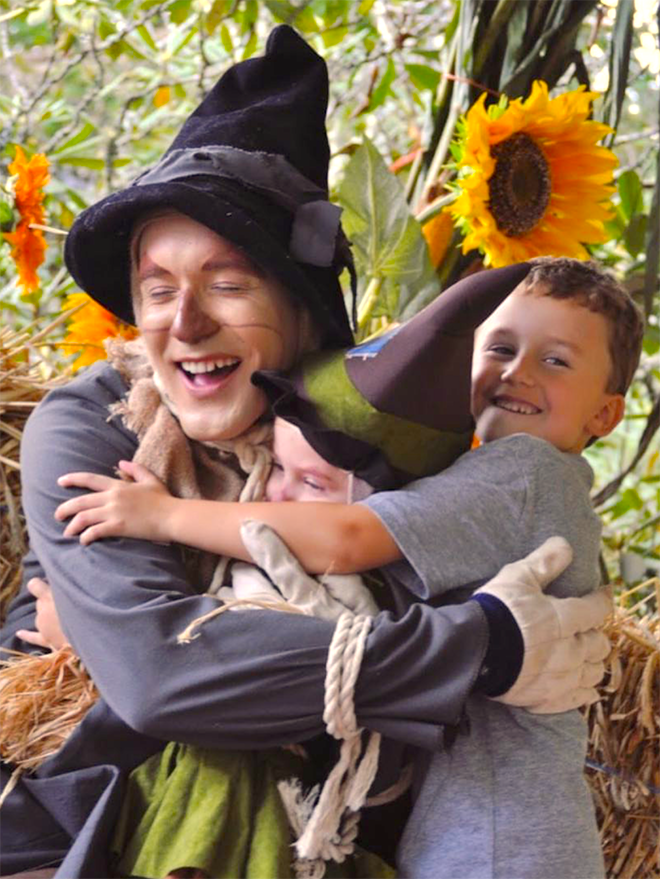 Perhaps the most magical thing we noticed about Land of Oz is the passion and love everyone on their team has for both the park and the Wizard of Oz universe. It’s very clear that the magic of Oz brings people together, workers and visitor’s alike, and it’s really an incredible sight to behold.

Stephanie, one of the actresses who plays Dorothy in the park, told us, “For me, personally, is huge. I’m incredibly thankful for this opportunity. Like many of our cast members, I grew up loving the Wizard of Oz. Ever since I was 3, I don’t know what it was about Dorothy, but she just grabbed my heart… even as an adult-clearly. For me, I came to the park because I heard about it. I came here as a spectator at the Autumn at Oz event. I scrounged the website for anyone I could email and asked, ‘How can I be Dorothy?’ Fast forward four years or so, and here I am playing Dorothy. It’s been one of the biggest blessings in my life. I’m incredibly thankful for this opportunity.” 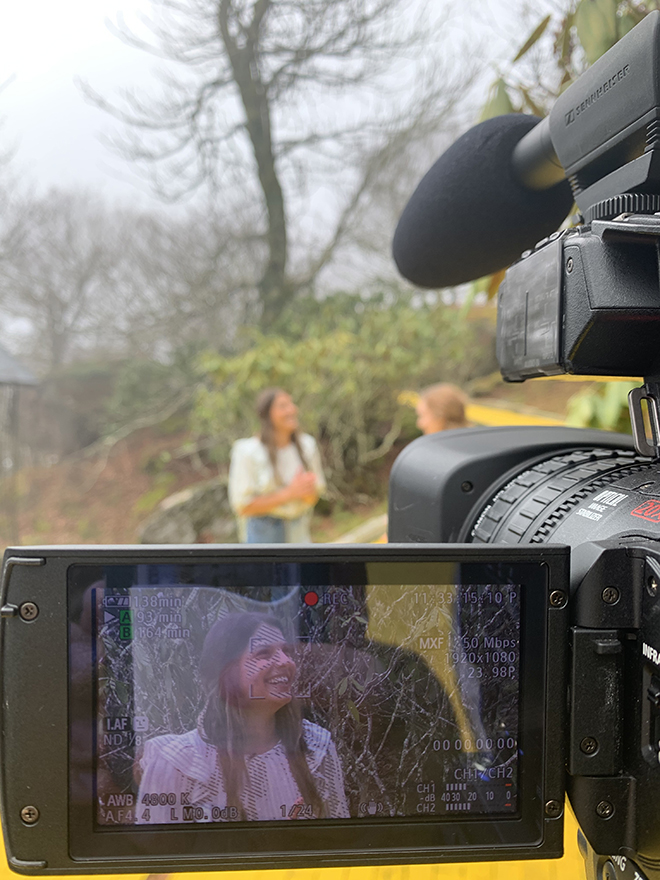 Dorothy Actress Stephanie Interviewing with Us

The team works hard each year to add onto the park, renovate, and attempt to restore Land of Oz back to its former glory. In their own way, they are doing a historic excavation of their own, as they are slowly finding and recovering pieces used when the park was a fully functioning theme park in the 70s. And their excitement about the process is truly inspiring. 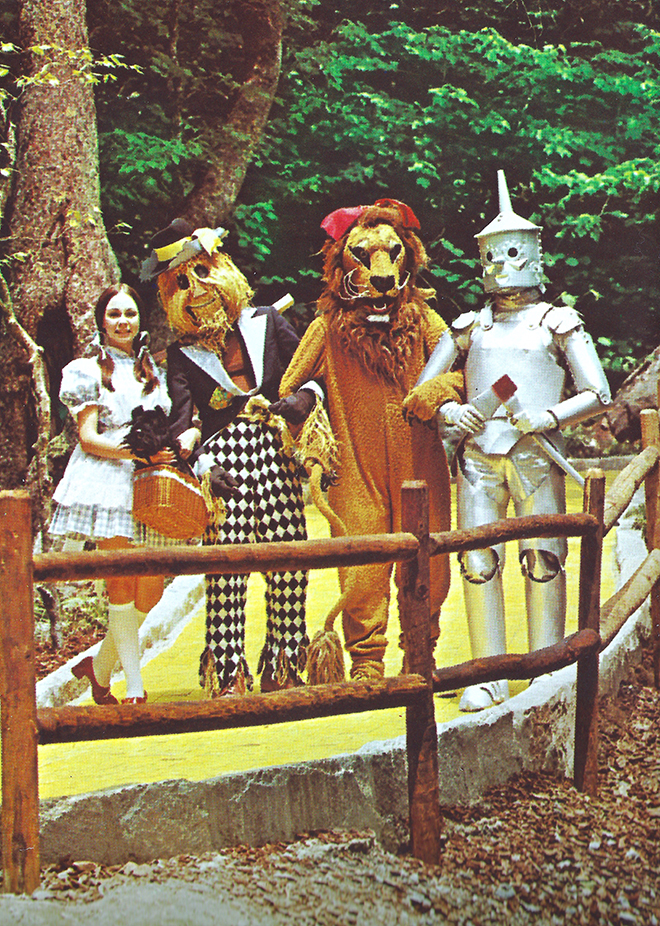 “To see that you can bring so much joy to one person, let alone the 3,000 people that come to the events, that’s really special. Every year the stories pile on.” Stephanie said, “I love interacting with every single one of the people who come into the park. And then, on top of that, to see that I can get involved behind the scenes, as well, is what I love about it. You can put this beautiful show on for everyone. And then knowing that I can still do more to make that happen and help the park move forward is what I love about it.” 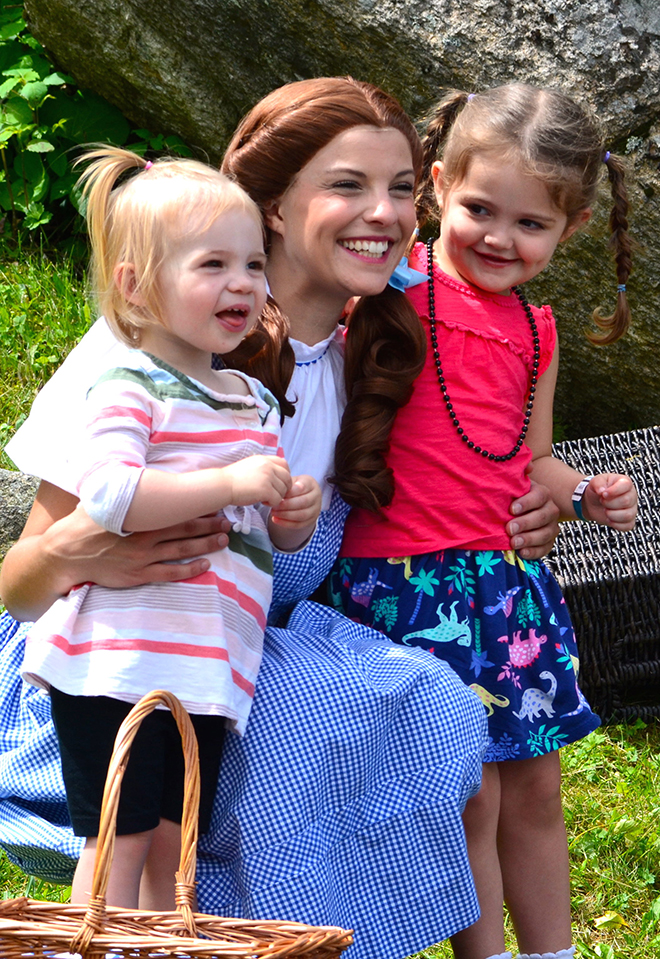 Stephanie in Character as Dorothy

“It’s never going to be a fully functioning theme park again, for multiple reasons,” added Sean, “but I think we would love to see more openings. We are in the process of rebuilding and doing so much to the park. It’s seeing more attention now than it probably has in a long time. In the past 4-5 years of us taking over the management, the amount of renovations we have done has been astronomical. We have a plan to hopefully rebuild as much as we can. We are in the process of opening a year-round gift shop and visitor’s center. We have plans to open a museum, as well. We have all these plans, but it’s one step at a time.”

Land of Oz is hopeful to open their gates again for Journey with Dorothy tours, private tours, and Autumn at Oz in 2021 (as long as the global pandemic allows for the openings). Be sure to follow Land of Oz on Twitter HERE and Facebook HERE and help them on their race to 20,000 followers. 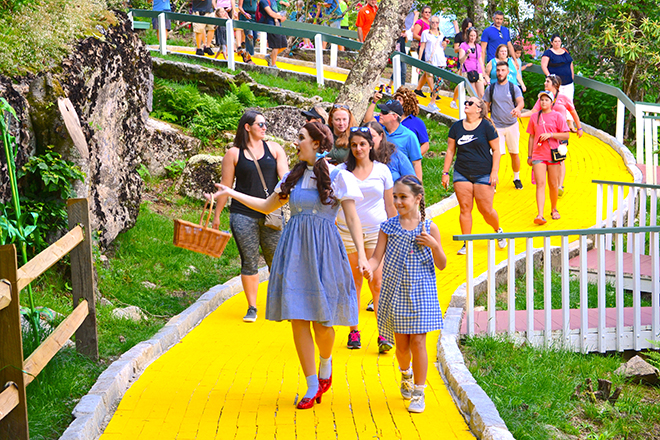 Words can only describe part of the feeling you have when you visit Land of Oz. If you grew up loving Dorothy and her friends, be sure to visit Land of Oz for their 2021 season and beyond. You can follow updates regarding their upcoming events here. You’ll be glad you did! 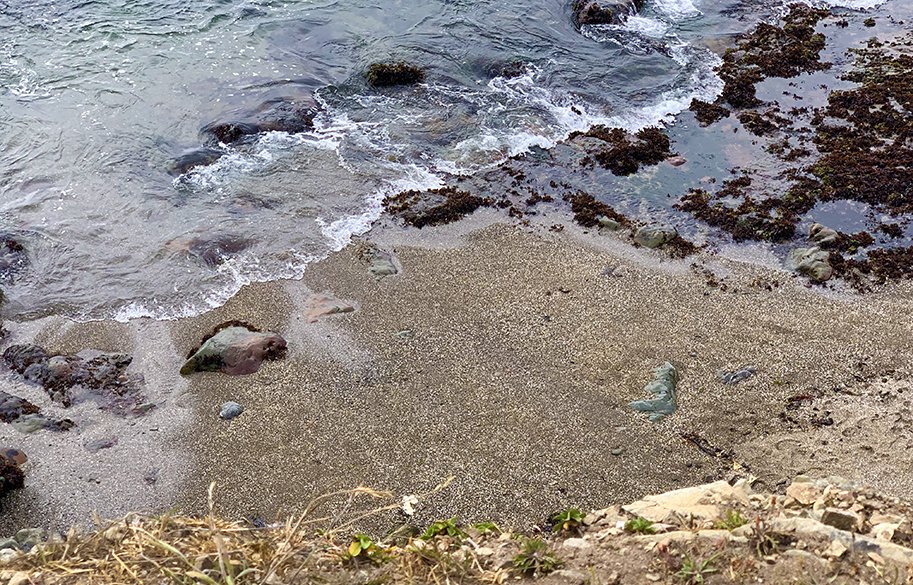 Many who know me know how special the Glass Beach in Fort Bragg has been for me recently. It’s a place I have been talking about visiting for years that I was just unable to get to. Fort Bragg is a solid 8-9 hours away from Los Angeles, so as someone who works all the…
Read More → 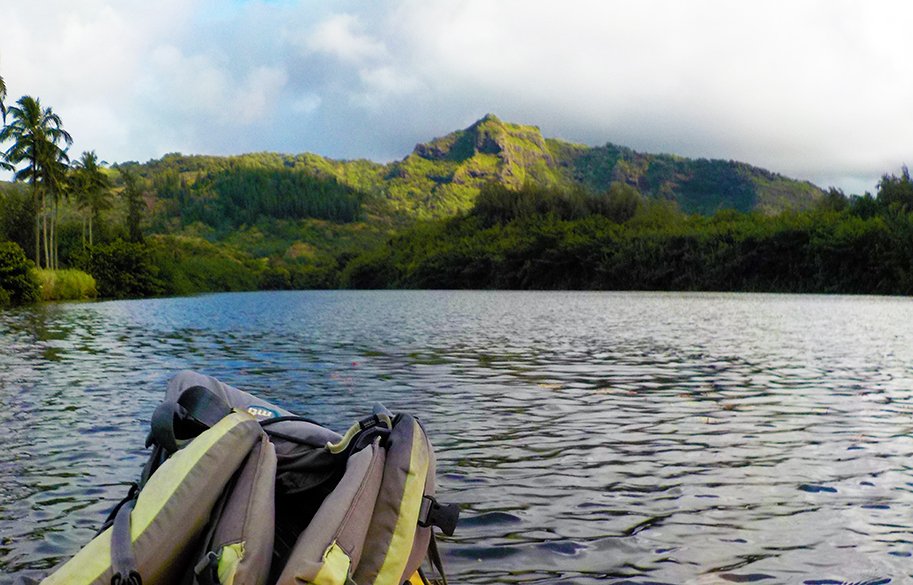 Answer the Call of Adventure with Kayak Kauai

When heading to Kauai, it’s only natural to want to answer the call of adventure. After all, there are numerous waterfalls, challenging muddy hikes galore, and a lot of fun water-sport activities to partake in. Does that sound like your kind of vacation? Well, if you’re one of the many who love adventurous vacation activities,…
Read More → 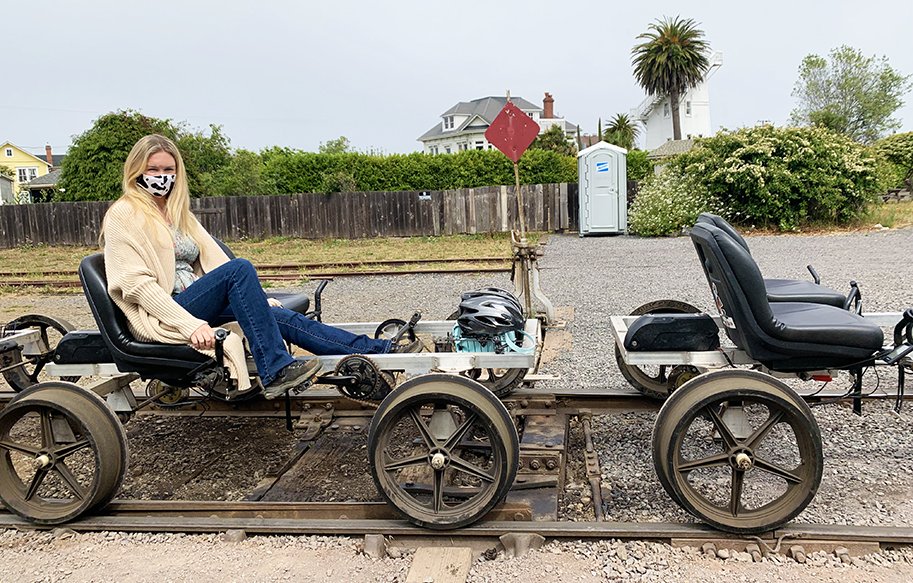 The Railbikes at the Skunk Train Offer a Unique Adventure

As part of a wonderful and unique press trip that I took to Mendocino County this summer, I was invited to ride the railbikes at the Skunk Train. As soon as I heard about these really interesting bikes, I knew that this would be the perfect activity for me to try in Fort Bragg. It…
Read More →
Search