Mystery thrives in every European country. Abodes of ghastly ghosts, haunted happenings, cursed objects, and eerie episodes can be found all over the countryside. They say with history and age comes spirits, and Europe is definitely not lacking for any history. In fact, the continent has a long history of spirits and paranormal occurrences. From medieval castles to abandoned houses, every state has its own urban legends and places where only the brave dare tread. Here are some of the most haunted places in Europe that will send a chill down your spine.

Borgvattnet Vicarage in northern Sweden has remained under cover of darkness for months. Apparently, it is also one of the most cursed Scandinavian destinations. It is said that this house served as a lodge for any priest who decided to take a job at the village church. Several pastors reported witnessing otherworldly events. They reported watching flying furniture, hearing horrid cries, seeing shadows, and a single chair that rocks on its own. Today, The Vicarage is a Bed & Breakfast, where daredevil guests can stay the night and delight in experiencing any number of frights.

Perched on a cliff, Bran Castle is supposedly Transylvania’s most strange and haunted castle. Ghost hunters from all around the world visit the castle to experience the sinister and spot paranormal activities. The palace is also loosely linked to the historical character who inspired author, Bram Stoker, to create Dracula. The fictional character, described as a Transylvanian blood-thirsty count, is often associated with the Wallachian ruler Vlad the Impaler, a ruthless despot who enjoyed impaling the criminals of his time. While Vlad the Impaler never lived at Bran Castle, the frightening building is still what was said to have inspired Bran Stoker’s opening chapters for Dracula. The 15,000 square-foot stone structure now serves as a museum to Queen Marie of Romania. Scary sights within its walls include a golden casket that holds the heart of Queen Marie.

Edinburgh Castle has a long and dreadful history. Perched on the top of the city, the cold granite walls of the castle carry countless ghost stories. A young piper who disappeared in the dungeons without a trace hundreds of years ago can still be heard today, the faint, haunting sound of a lost soul. Tales of a headless drummer boy and a colony of French prisoners captured during the Seven Years War who are regularly sighted in and around the castle have been a famous narrative. Other spooky happenings include shadowy figures and sudden temperature drops. Experience these crazy events by staying in one of the hotels near the castle.

Charlton House in Greenwich, London, has a reputation for being one of the most haunted houses in the region. Over the years, many ghostly occurrences have been reported at Charlton House. There have been reports of a mysterious ‘grey lady’ seen walking the garden carrying a bundle that resembles a baby. The staff has described that personal belongings have mysteriously disappeared, appearing in a completely different place. Workers refuse to enter the attic room alone as it has such an atmosphere that you cannot fail to be frightened when down there alone.

During restoration work on the building, a mummified baby’s body was discovered in an old fireplace within the mansion and is believed to have been the child of a servant.

Feeling brave? Gear up for the fright of your life and spend a night in one of Europe’s most haunted places. 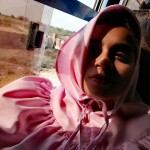