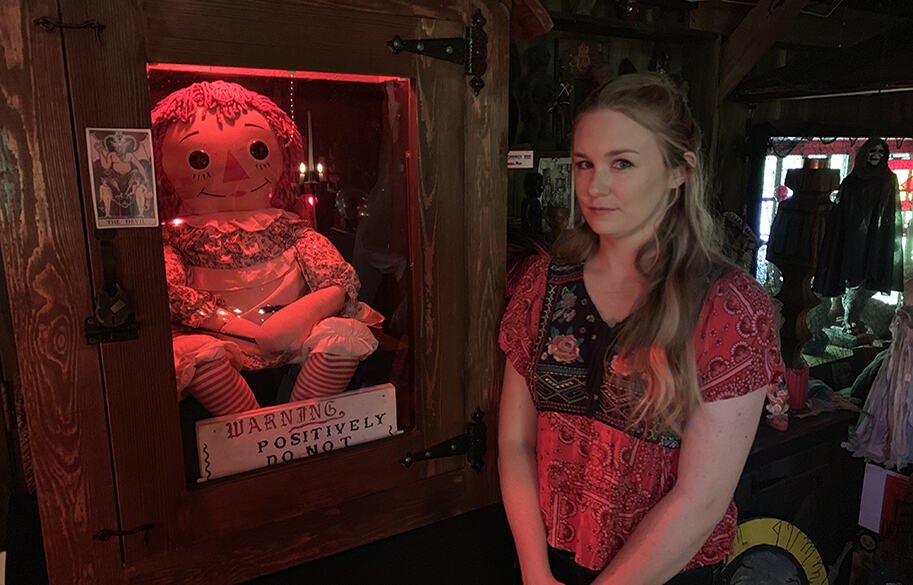 Horror movies are more popular now than ever before. Perhaps the most well-known series out there currently is the Conjuring Series. It’s hard to find anyone today who hasn’t heard of Ed and Lorraine Warren thanks to these hit blockbusters. If you know of them, then you probably know about the Annabelle doll; after all, she’s had three hit movies, too. Many people know of these pop culture icons from the theaters, but a lot of people don’t know that they are based on real people and true events. Ed and Lorraine Warren were very real, and so is the Annabelle doll they kept locked up in their occult museum. As a society, we enjoy fictionalized versions of ghosts and spirits, but we hardly ever think about the reality of them. I’m here to bring that reality to you. You may know a little about the Warrens because of the movies, but there’s so much more you should know about them. Ed and Lorraine Warren were the pioneers in the supernatural realm. Their son-in-law, Tony Spera, referred to Ed Warren as, “The Godfather of the paranormal.” They founded the New England Society for Psychic Research in 1952 with the goal of helping tormented people deal with paranormal events that they couldn’t handle on their own. The Warrens worked on many major cases such as the Amityville horror case, the Snedeker case (known from “A Haunting in Connecticut”), and the case of the Annabelle doll. 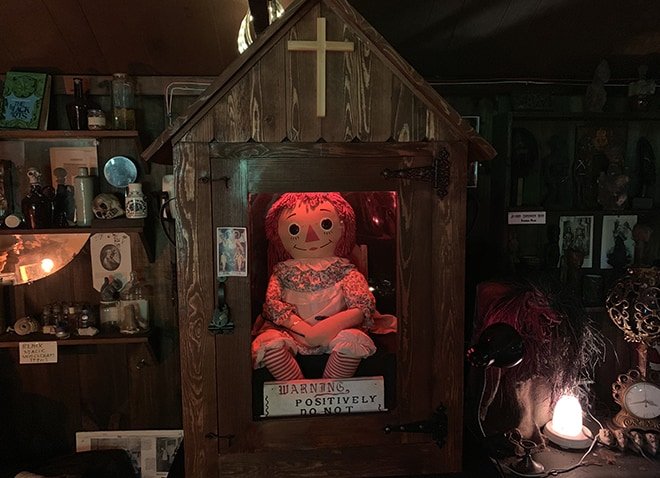 Now, decades later, their legacy lives on through their son-in-law, Tony Spera, and his team at the New England Society for Psychic Research (NESPR). I was blessed to get to visit the Warren’s Occult Museum and interview Tony Spera, Chris Gilloren, and Dan Rivera about their work, their beliefs, and how NESPR is making the world a better place one case at a time. “NESPR’s mission is to help people that need it- those beyond help because they don’t know where to turn.” Tony explained, “If you have a burglary in your house, the police come out and try to find the perpetrator. In our work, the criminal is invisible, intangible, and sometimes, demonic. And people who are tormented by this phenomenon don’t know where to turn. So, they call us because we know how to handle it. We go in, investigate, and gather evidence. Our mission is to document what’s going on, record it, photograph it, and gather this report and bring it to the proper authorities. In most cases the proper authorities are through religious means- the clergy- where we will decide what the family needs. Do they need to bless the house? Do they need to bless the people? Do they need counseling? Do they need an exorcism of the person or the house?” 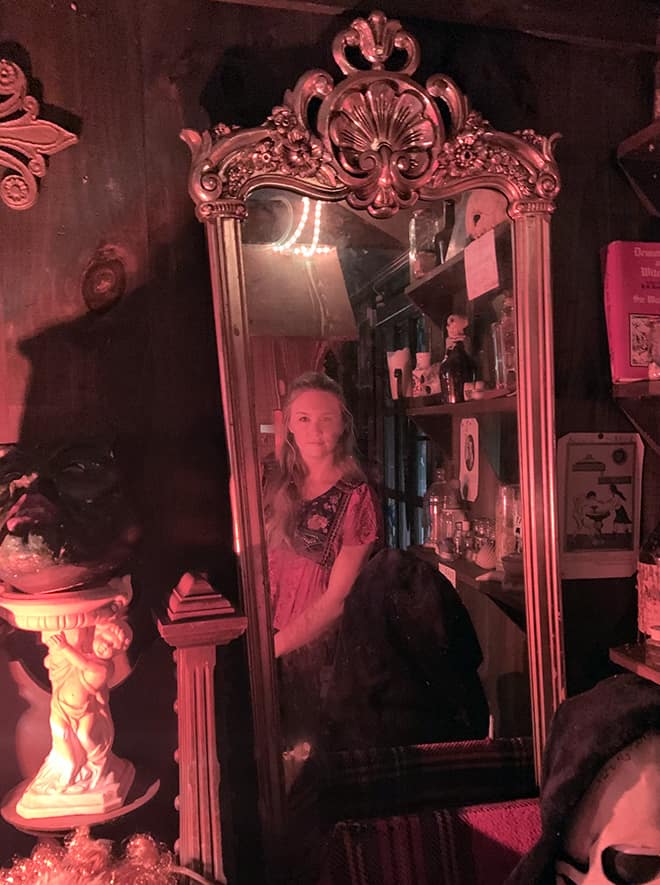 Tony, Chris, and Dan dedicate much of their lives to carrying on Ed and Lorraine’s work. They have families and work daily jobs, yet they still find the time to help people in need. With their expertise, they are trained to tell the difference between human spirits and demonic entities.

Something that stands out about their group is their belief in God, which is applied to their work at NESPR. People seem to be surprised that they combine the idea of paranormal spirits with religion, but there is an obvious connection between the two. “God is a spirit. God is our creator.” Tony explained, “We are spirits walking around in physical form. So, it’s not uncommon or unheard of to conjure a spirit. There are troubled spirits in the world that when they pass from this earth, they want to tell people what happened to them or they want to remain near their belongings. Spirits are real because God is real. God is a spirit. God created us in his image.”

Dan added, “It says it in the bible, too. When Jesus was walking on the water, Peter asks, ‘Is that a ghost?’ So, ghosts were mentioned in the bible. And you can’t ignore the Father, son, and holy ghost.” 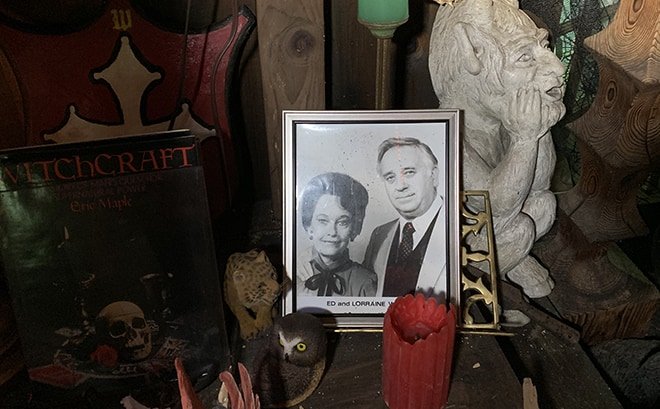 Many people lack the ability to believe in what they can’t see or touch for themselves, but Tony has a message for them, as well. “Your mind is real, but you can’t put your finger on your mind. You can put your finger on your brain but not your mind. That’s where the creator comes in. That’s where God comes in. Our belief system is the foundation of our society. If we didn’t believe in God, we wouldn’t be doing this work.”

When the NESPR team investigates during a case, they are careful to go in and show caution. They don’t want to stir up or provoke anything to make it harder for the family experiencing problems. Dan explained, “It’s about going in there and observing. We want to go in there and live it. We don’t try to conjure things up. If it’s going to happen, it’s going to happen just by you sitting there and observing it. That’s the exact way the family experienced it. They weren’t asking if someone was there with them. Instead, things just happened to them.”

While their work is noble, there are times where they have to focus on their own mental health, as their work can be draining. “As investigators, we deal with a lot of negativity and evil.” Chris said, “We have to know when to step away sometimes. When we have negativity in our daily lives, we have to know when to take a break and step away from it. “

“Sometimes, the better part of valor is retreat.” Tony added.

But, even when they can’t get together and make it out to investigate, the team at NESPR spends time counseling those who need it over the phone. They try to be available at least in that capacity for those suffering at any time.

“How can you ignore people who are hurting?” Tony asked, “Chris is a police officer. When he gets a call to go somewhere, he goes because he knows that person needs help. It’s his job. Well, this is our job- to help people. When we get a call, we do something about it.” 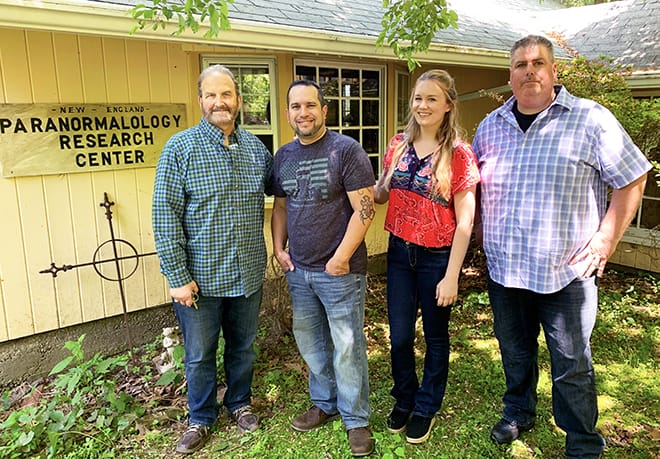 I was truly inspired by all the hard work that NESPR does to help people. Tony, Chris, and Dan give it their all, helping people with paranormal accounts around their daily lives and jobs. They never stop, and they go above and beyond in any way they can.

You can follow the New England Society for Psychic Research on Facebook, and if you want to meet the NESPR team and Annabelle yourself, sign up for An Evening with Annabelle! 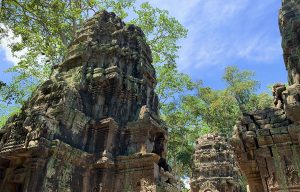