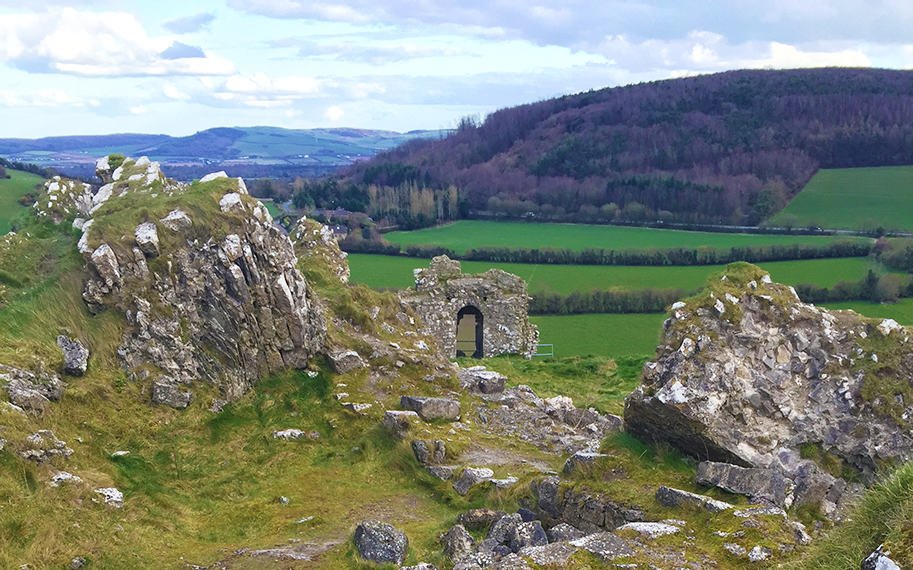 I was inspired to visit the Rock of Dunamase (an amazingly beautiful castle laid in ruins along the Irish countryside) while watching Leap Year with Amy Adams, as it is featured in that movie. I know, it’s slightly lame, but the structure just looked so beautiful on the big screen. It’s an hour ride from Dublin, so it’s not too far if you’re staying there. Despite some GPS issues, as the castle doesn’t have an address that leads you directly to it, we saw it in the distance- a beautiful spray of ruins up on a hill. At that point, it was easy to follow the roads in the general direction to make it there. We arrived at a small, beautiful old church at the base of the hill where we could easily find parking. From there, we walked up the massive hill around the winding path to the ruins. 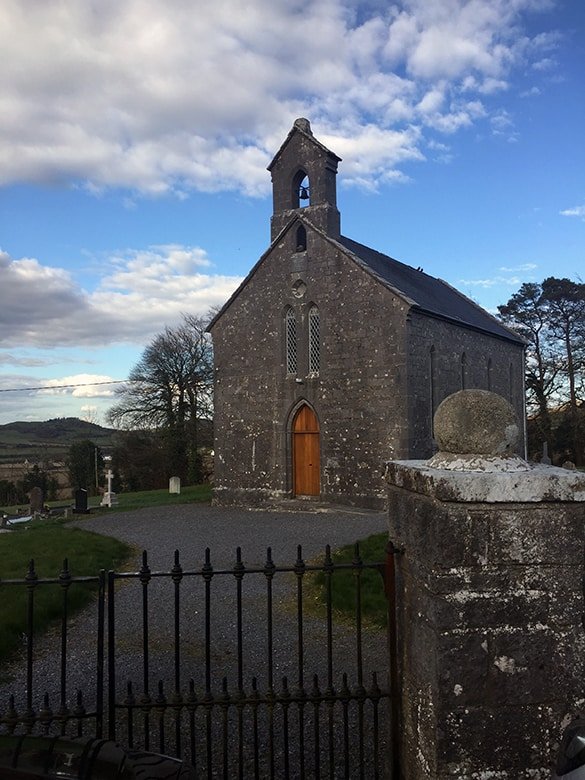 Unlike any of the other castles that we visited, Dunamase was completely in ruins. While the base of a few towers and rooms were scattered around, there were chunks of the structure spread all around the tall hill, with some looking as if they were about to slide down to the ground below.  Despite its appearance in the movie Leap Year (which included a lot of CG), there was no second story anywhere. You could wind up the staircase that they supposedly walked through (which wasn’t exactly a staircase) to a ledge within the structure. It was actually a really fun and easy place to climb along the rocks. 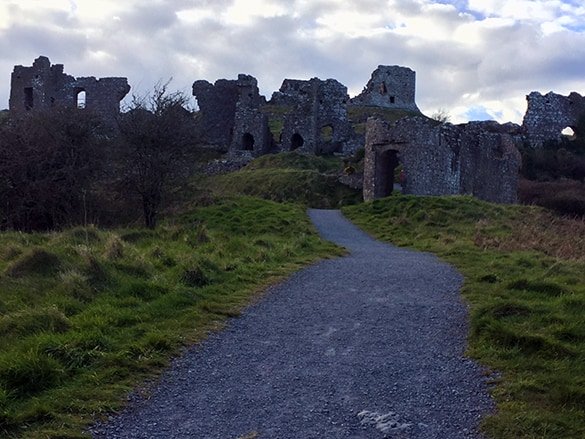 This was the perfect location to be at sunset. The sun was rolling down into the grassy fields off in the distance, and the entire area seemed to glow a beautiful orange and yellow. It was the most magical sunset that I have ever seen. There was a window ledge in the base of the main building where you could sit and watch the sun fall behind the fields and over the church at the base of the hill. It was an ethereal experience. 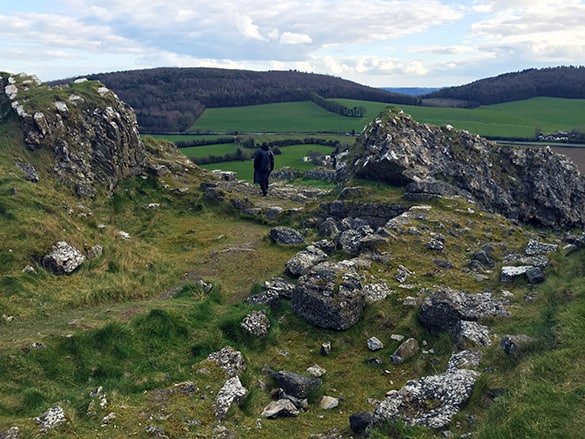 Though not as mainstream or touristy as the rest of the Irish Castles, the Rock of Dunamase is most definitely a place not to be missed. 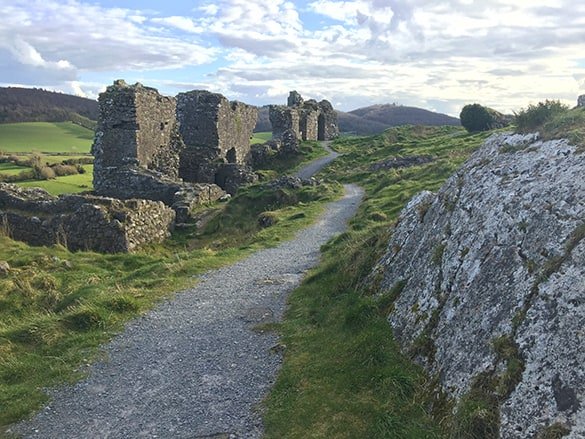 The Rock of Cashel 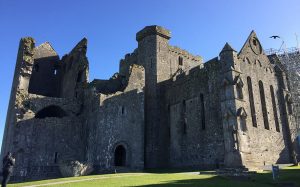