If you’re visiting Germany for an upcoming trip, you should know that it’s a country that is all about its train system. In fact, you are heavily discouraged from taking a taxi for any long-distance trip (or to really anywhere, honestly). Instead, a train will suffice as all major cities have many trains coming in and out of them daily. And most smaller cities have their fair share of trains, as well. But it can be tricky to learn and maneuver through the train system if you’re coming from the US, as train systems really are not our forte here. Here’s my experience with the German train system, as I not only had to learn it when I first visited Germany in 2020 but also when I just went back in 2022. I had to go on 10+ trains this past trip, so now I feel a little bit like a pro. And I’m hoping I can help you with your future DB Navigator endeavors.

First, if you are flying into Germany and need to take a train to continue onto your final destination, you should know the following airports have train stations attached to them to make it easy for passengers to hop from plane to train: Frankfurt, Düsseldorf, Cologne-Bonn and Stuttgart airports. It’s incredibly common to fly into a major German city and then take a train or two to your final destination.

My Train Experience to and From Bonn

When I began my first journey, I flew into Frankfurt airport. I followed the signs for the long-distance train, and it was a much quicker walk than I was anticipating (less than ten minutes to switch from the airport terminal to the train station). The departures listed on the big screen at the Frankfurt Airport station made it very easy to figure out where to go, and my train arrived on time without issue. Now, this was the last time this happened, but at least I had a pleasant journey in. I took my seat on the train from here and set an alarm to wake before the scheduled arrival time. (I was afraid that I would oversleep past my stop because I was so tired, but it luckily worked out, and I had no issues). This train was perfectly on time, and I arrived in Bonn just under two hours after my train left the station.

As I arrived in Bonn for Beethoven’s anniversary, many people in my group were explaining how train travel is very prominent in Germany, and they encouraged me to take the train one stop up to Cologne on my day off to get used to the train system, as it made me nervous.

I decided to do just that, as the trip back to the train station to go home was looming over my head for some reason. So, the day before I left, I went to the train station in Bonn and walked to the red ticket machines. Luckily, there was an easy option to switch it to English. After a few fumbling attempts to get a ticket, I figured the machine out and it became pretty easy. Cologne was only one stop away, so that was a quick and easy trip on the train. You can reserve a seat for yourself; however, it isn’t in the initial easy ticket that you select. If you don’t reserve a seat, you can take any seat that isn’t reserved. The reserved seats digitally tell you which ones are reserved and from which stops by displaying a note above the seat.

You can also quickly and easily purchase tickets and view your train’s status via the DB Navigator app, which I highly recommend getting if you’ll be utilizing the German train system often.

Of course, I learned that the German trains do run all the time, but they are regularly delayed for a multitude of reasons. During my trip to cologne, my train was delayed both ways by 30 minutes. On the way in, it was delayed on the tracks as we were sitting there. On the way out, it was delayed arriving. But, it could have been worse, and the 20 minute ride was over very quickly.

If you are pressed for time or worried about your trip, you can download the “DB Navigator” app, which can be selected in English, too. This app became my best friend, as I could pull up my tickets on it, and it would give me any time delays or changes, making it easy to master and make sure I was at the right platform at the right time. This was crucial for me, as the larger stations such as Cologne and Frankfurt did have easy listings and announcements in English. But the smaller stations like Bonn did not, and it was much harder for me leaving Bonn. 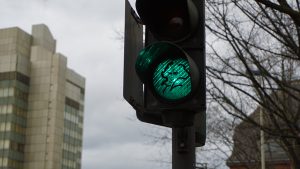 If you are going on a time-sensitive trip, for instance like my trip back to the airport was, you should make sure to allow for delays! I was supposed to arrive to the airport two and a half hours before my flight, but, again, very early in the morning as I went to the train to get to the airport the train was delayed by 30 minutes again. There was a bit of time where I began panicking because if it was any later, the possibility was there that I could miss my flight. But, alas, everything worked out just fine. And I made it with time to spare.

My Train Experience Around Southern Germany

On my next visit into Germany, I found myself having to master “stop-overs” which can be even more difficult. You see, most stop overs are only 5-15 minutes for convenience. While I do have to say that I got incredibly lucky on my experience and never had a late or missed train this time around, I can also say that it isn’t fun having to run from one platform across the train station to another with only 5 minutes before your train leaves. Now, they are made for you to just hop on and go, but it’s alarming to know you only have 5 minutes and any minor delay will mess up your experience. That being said, with a 5-minute, 8-minute, and 7-minute stopover on my journey, I never did have an issue this time around. They are generally mostly on time, and you can always take the next train to your destination if you happen to not make the stopover for one reason or another. So, there’s no real issues here other than adding an hour or two to your journey if you miss your train. 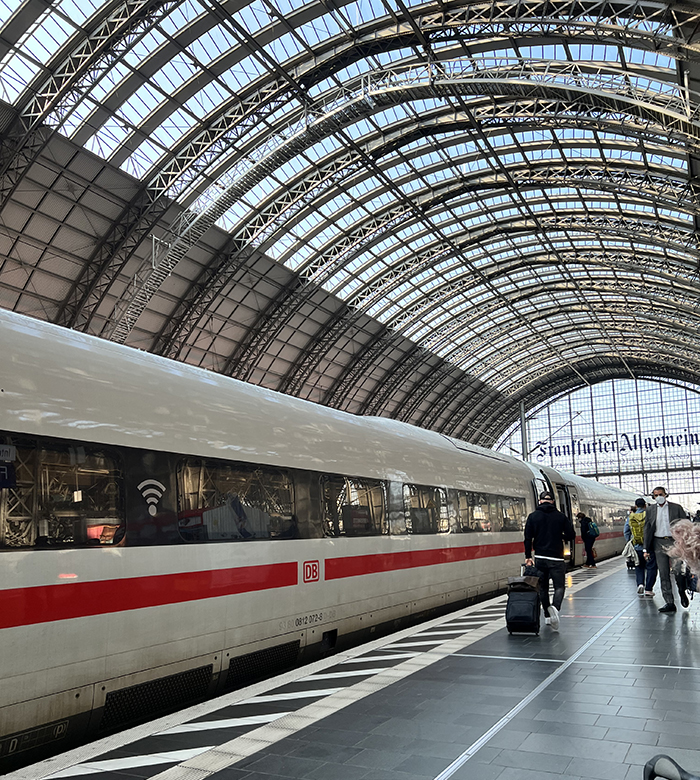 It’s also important to note how to figure out your class, car, and seat on the more longer-distance ICE trains (the regional trains are first-come, first-serve for seating and do not offer seat reservations). This information can be picked out and will be noted on your ticket when you purchase it. When you are at the platform and your train is the next one, you will see on the screen where on the platform it will arrive at (they are lettered A-E, etc, and the screen will tell you where in that zone it will arrive). It will tell you where each class will board, so you can line yourself up in the general area where your car will be, and the car will be clearly labeled on the outside of the vehicle when it arrives.

So, when visiting Germany, make sure to note that the trains are readily available to help you explore any nearby cities, and they are the primary way to travel for longer distances as well as from city to city. Most people would strongly discourage you from taking a cab for longer trips. It may seem like a daunting task coming from the US where we aren’t used to trains, but most stops make it very user friendly. And it’s a cool new skill and experience you can easily master. 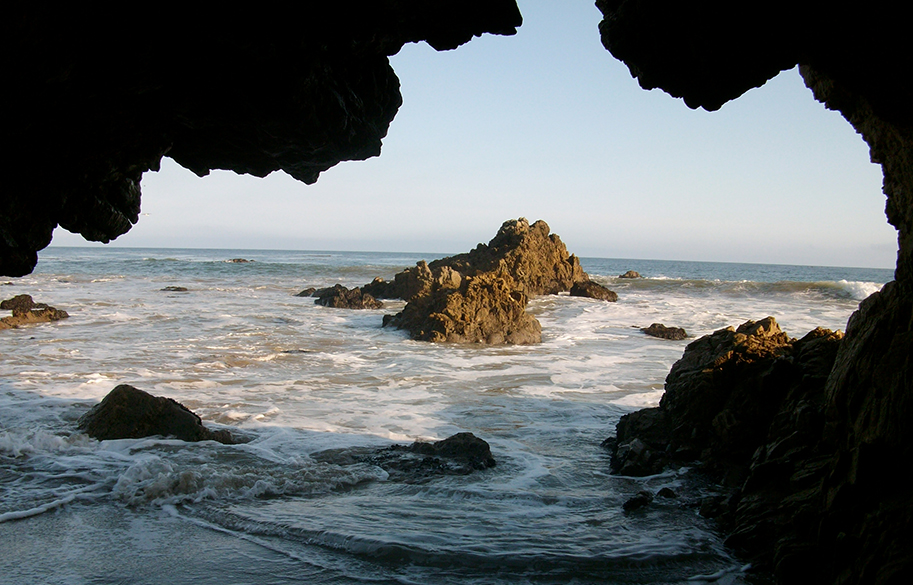 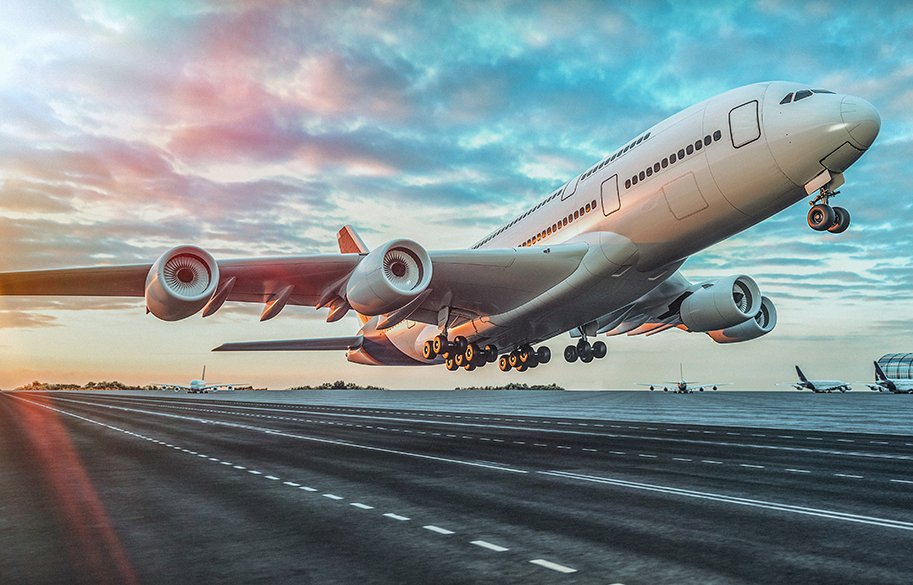 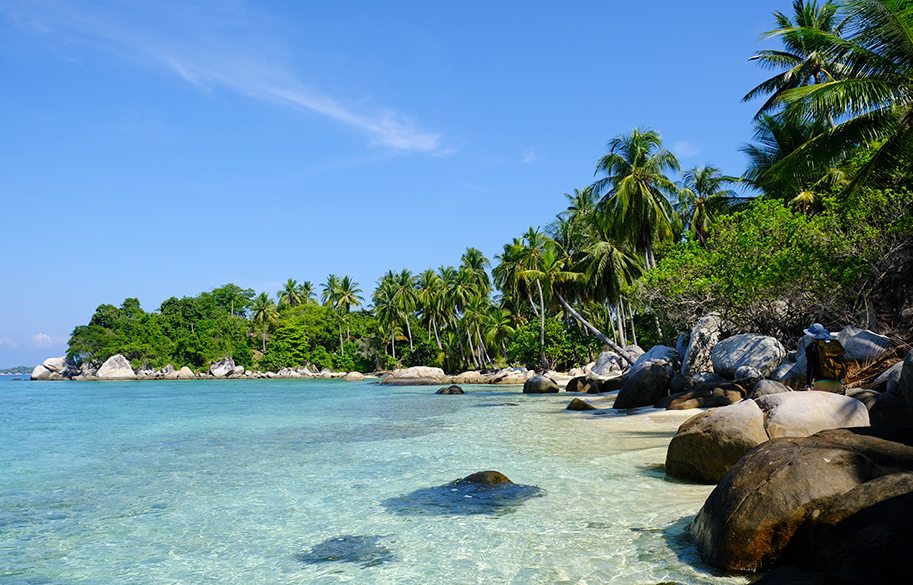 There are a lot of beautiful islands out there in the world. Some of the most popular tropical destinations are Bora Bora, Bali, the Maldives, and Santorini. Aside from these well-known destinations, there are so many less popular islands that are well worth visiting due to their great beauty, too. As far as hidden island…
Read More →
Search