What To Do in Los Angeles at Halloween Time 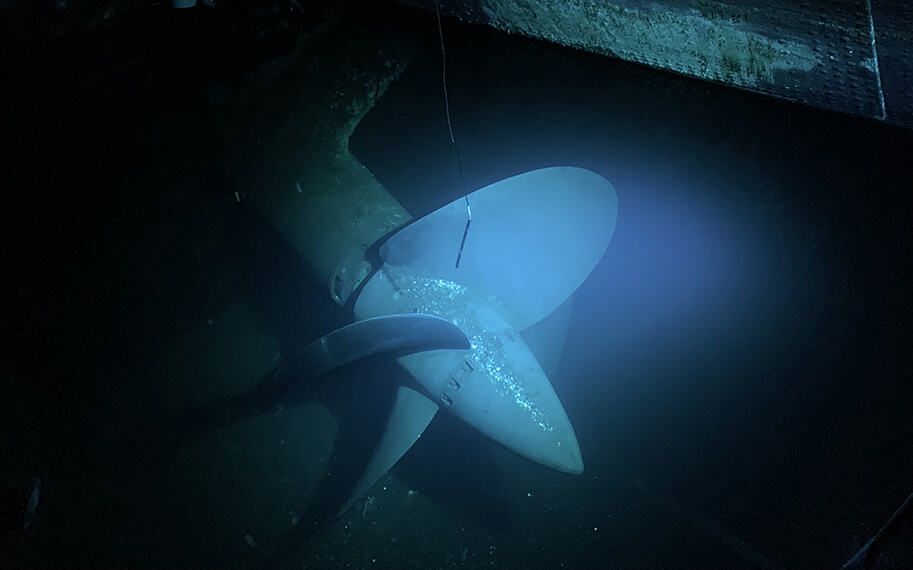 Halloween might be over, but the festivities are still going on through the end of this weekend! The Queen Mary’s Dark Harbor goes until Friday November 2nd, and Halloween Horror Nights continues its scares until November 4th.

Now, many who know me know that I am the Queen of Halloween. I love getting into the Halloween spirit and trying all possible Halloween festivities at least once. My favorite thing I’ve done for Halloween in the Los Angeles area was attend the “Happy Haunts” tour at Disneyland Park, which took us trick-or-treating and cutting the lines for some of the best rides at Disneyland. But, securing that tour at Disneyland can be complicated, as it takes calling and setting it up months in advance. And, let’s face it, I work so much and find myself so busy that I don’t really have the time to think about it that much currently.

But, there are plenty of other great Halloween events every year in Los Angeles that are easy to set up. Most people opt to go Halloween Horror Nights, as it’s easy to get to and, let’s face it, pretty darn scary. They definitely have their pop frights down, as they time their actors jumping out on cue with loud noises and flashing lights. But once you’ve done Universal once, in my opinion, it’s pretty much all the same. Their effects can be great, but they mostly rely on their pop frights, which I’m over at this point.

I recommend that you check out the Queen Mary above all else! Why? The Queen Mary’s Dark Harbor focuses on ambiance and effects more than it does on pop frights. Let’s face it, wandering through creepy passageways on an old, haunted ship in the dark sets the mood pretty well right there. There are 6 mazes at the Queen Mary, which is a great deal for their very affordable prices. A regular ticket at the Queen Mary is roughly only 1/3 the cost of a ticket at Halloween Horror Nights. 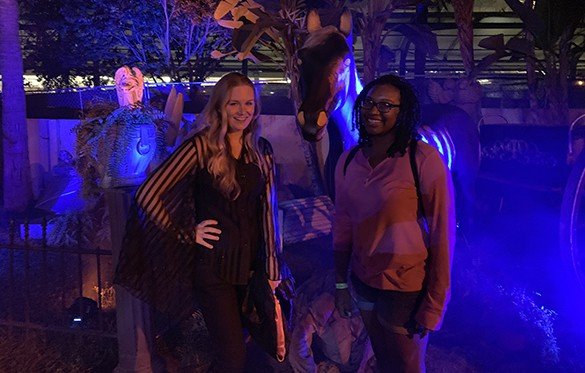 All of the years that I’ve been there, three of the mazes take place on the old ship, and the other three are in the area around the ship. My favorite maze took us through an old train into a cemetery into the bayou. I was thrilled to lead the pack in this maze, as I truly felt lost and wandering through all these exciting locations. My favorite effect of the night happens in this maze. You arrive into a room with steam in a line at the mid-level of your body with lights reflecting off it in a way that makes it look like you are trudging through water. I can’t explain how much this steam can convince your mind that you are walking in a swamp. It’s hard to see where to go, and just when you think you’re finding the way out, a person in a swamp suit pops up from the “water” directly in front of you. And you did not see that coming.

There was a maze about a sunken ship where they had different passages to go through. We wound up crawling up a rope ladder and sliding down polls in this adventure-filled maze.

The clown maze had two ways out this year. One sent you out dry. The other sent you out in a sea of foam… we got lucky there and avoided that foam party. 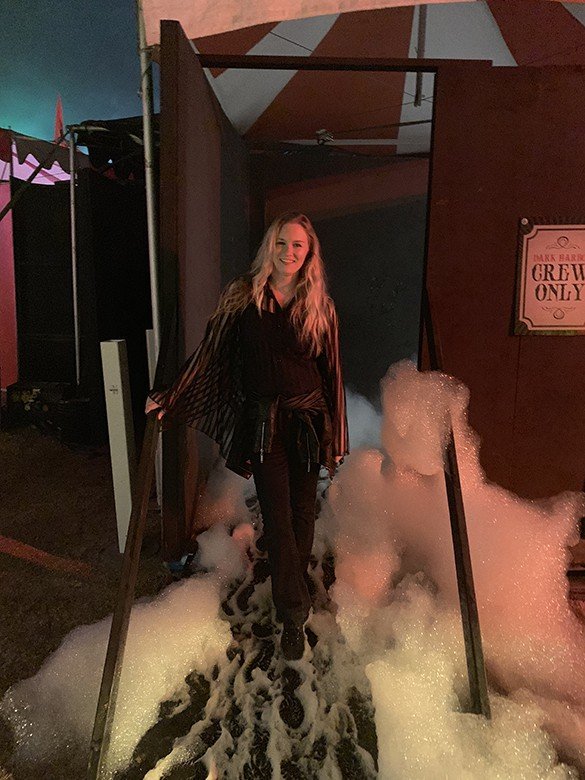 Then, there were the mazes on the ship. The maze called “B340” was the one that got me the most this time. When I went, I went with two friends, and we had “Front of the Line” tickets. So, they allowed us to go in by ourselves, with no one ahead of us and no one behind us. The people jumping out left and right at each turn had me caught of guard, and I was pretty afraid. And I don’t usually get afraid in these mazes. You see, the commitment and intensity into each theme of the maze is what really sells it. So, the Queen Mary will always be my favorite Halloween activity.

Knott’s Scary Farm used to be not scary at all, but you got a lot of mazes for your money. I would go for the fun of it, but the mazes were all pretty bright, and you could see everyone before they jumped out at you. In 2017, I gave Knott’s a chance for the first time in a few years, and I was blown away. They really upped their game. There were three mazes that really stuck out to me, and they were so good that I was drawn to come back this year in 2018; however, this year they cut back and the things I loved about last year were gone.

For instance, the three great mazes were a samurai maze, a paranormal investigator maze, and a trick-or-treat house maze. For the samurai maze, they initially walked you into a room where a woman (clearly a manikin) is praying in front of a statue. As everyone settles in the room, the lights go out, and the scene changes to the statue becoming a samurai and decapitating the woman. (Obviously done with some cool moving floor gag). But that wasn’t the best part. Near the end of the maze, there was a room where a samurai was flipping over our heads on ropes, decapitating manikins around us. The manikins were made to be beheaded and then another actor could swing behind them and set their heads back up. It was the coolest thing I had ever seen in a maze. Then, this year, I’m guessing for safety reasons, all of those elements were removed, leaving us with a lackluster samurai maze. Perhaps I was just biased because I saw how amazing it was last year.

Then, there was a trick-or-treat maze where we entered a house that was completely dark, but we were given a flashlight. So, our only light source throughout the maze was a real flashlight- so we thought. As we went through the maze, we began to realize that our flashlights were synced up to a system that allowed them to change per room. In some rooms they became black lights. In some rooms they would flicker and go out for a second-all planned and in time with the other flashlights in that room. It was pretty phenomenal. This year, while that maze was still there, they gave up on the cool changing flashlights and just gave us regular flashlights. Perhaps I would have thought that one was better, too had I not done I last year.

Finally, there was one good maze that stayed the same. There was a paranormal maze about a goofy team of ghost hunters. That one was cool because they bring you into a room in the beginning to show you a “demonstration” where they accidentally materialize this ghost, and it shoots out of the wall and begins flying all over the room. Then, certain items around the room move and scoot around, bumping into you lightly. That stayed the same this year, and that was pretty cool. 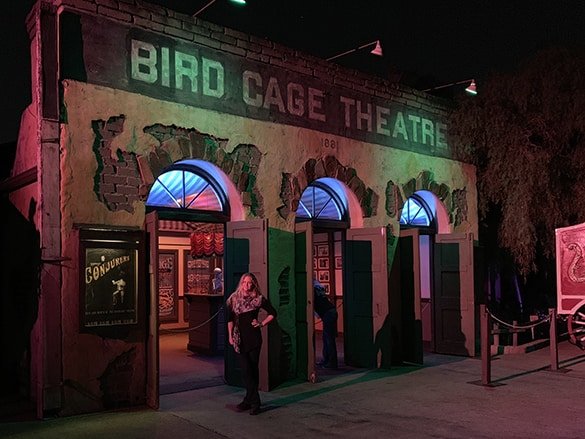 So, to summarize, The Queen Mary and Knott’s Scary Farm are the two I’d suggest above all else each Halloween season in Los Angeles, though the Queen Mary takes the crown for the best Halloween event. I advise you to head there tonight or tomorrow, despite Halloween being over. However, I’ve been to each of these places many years in a row, enough to know that the Queen Mary is always the most fun! 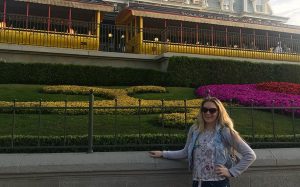